– Promoting Activities Through Ownership and Taking on Challenges to Achieve Higher Goals
In July 2012, the Company-wide Strategy Deployment Project began at Indian Ocean Tuna (IOT), the largest manufacturer in Seychelles. So how was this project aiming for cost reduction, higher operational efficiency, corporate reform, and other such factors implemented in the entire company with the support of JMAC? The following reports on the conditions in the past year since the project was set in motion, along with future prospects.

Marine World Brands Group (MWB Group), headquartered in Paris, is a leading European seafood manufacturer. The Group operates its business primarily in the markets of the U.K., France, Italy, Ireland, and the Netherlands. While generally selling canned goods such as tuna and high-value-added products, the Group produces and sells a wide range of products including salmon, mackerel, sardines, and seafood paste. With over 600 million Euros in sales and 5,000 employees, it is one of Europe’s leading companies.

MWB Group has a total of four production bases in Europe and Africa, one of which is IOT, a company located in Seychelles, a beautiful island nation in the Indian Ocean. Seychelles is comprised of 115 islands, some 1,300 km away from the African continent, and has developed through its tourism and fishing industries.

Despite IOT’s prosperity, its General Manager Joram Madnack, who moved to IOT from an accountant position in a global auditing firm, always wanted to increase the efficiency of the company’s operation.

Against this backdrop, the management of Thai Union Frozen (TUF), the parent company of MWB Group advised requesting JMAC’s support when they visited IOT. Thailand-based TUF in fact had implemented an approximately three-year Company-wide Strategy Deployment Project since 2010 with the support of JMAC.

Madnack recalls this time: “I determined to start the project because I learnt the project included goal-setting and thorough execution. They always thought about the entire organisation and adequately tried to understand all processes including unloading of fish from vessels, refrigeration, fish sorting, cooking, processing, and packaging. They would then visit, observe, and check the conditions at the factory each time they stayed for consulting after that.”

He assesses this project as follows: “The aspect of JMAC’s consulting style that I value the most is that it starts with the commitment of the entire company. I was of course committed to achieving the management goals as the General Manager. We assigned the goals to the chiefs of functional divisions such as production, engineering, quality, commercial and so forth. The goals were further assigned to supervisors and general employees, and the activities were initiated when all employees understood the goals, which created a strong sense of trust.”

“I think the Company-wide Strategy Deployment Project shares some aspects in its concept with Policy Management that used to be common in Japan,” Izumimoto says. “IOT’s members continuously strived to achieve their goals by uniting the entire company. While the last Japanese books on Policy Management were published in the 1990s, I think it has been practiced more seriously in the U.S. and Europe since then.”

How ownership was created

More than a year has passed since the start of the project, and Madnack notes that he has begun to foresee the achievement of goals that had been considered difficult. “The Company-wide Strategy Deployment Project has become our blood now,” he says, “and we feel that it courses through our bodies in various scenarios. Not only in the area of achieving goals, but I believe that all of our employees grow and continue to hold this ambition for improvement.”

One of the tactics that helped such improvement activities permeate the workplace was participation and facilitation of consultants in workplace team meetings. They also provided the members with instructions for such facilitation, as well as many tools. This reportedly helped to dramatically improve the quality of the meetings. “For example,” Izumimoto says, “we would join the weekly meetings held by division managers, called ‘Captains,’ in this project with other members. Sometimes, it seemed like such meetings would end up only with heated discussions.I would then stand before the members and list their opinions on the whiteboard every time one was raised. When they got used to the pace, I would pass the role to the captain.”

One day, Madnack told Izumimoto. “Why do you think this project has been so successful? I think the reason is ownership. This project has made each of our employees think that this is something he or she must do, rather than something that someone must do.” He continued, “JMAC provided us with a management tool. We customised it to develop our progress management system with the help of the finance manager and two project managers called “Generals.” The Generals initially thought that the consultants would develop the system for us, but we did it by ourselves after being advised that it would be best if the members familiar with the operation did the development on their own. This in-house development resulted in creating a sense of ownership.”

Another factor that helped create this sense was that “JMAC members always visited our workplace and casually talked not only to executives, but team leaders and operators. They always led discussions in our onsite team meetings from the same perspective as our employees. I think this made the employees subjectively feel that this project was run not only for executives and for me, but rather for all the company’s employees.” 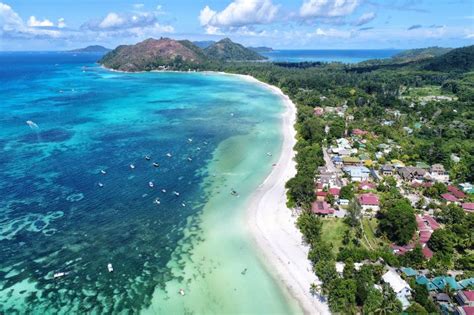 When the project concluded its first year after the 12th visit of the JMAC members, one of the Generals noted, “When we were hungry, JMAC taught us how to fish, rather than giving us the fish. This helps us live the rest of our lives.” The other General reported, “When this project started, the divisions in our company were not coordinated and we didn’t even share ideas. But now we are united as one in the true sense.”

Izumimoto says, “This project was initially demanding for us since due to our distance from Seychelles it took more than 24 hours to get there, and we stayed for a week in each monthly visit. But such words of IOT members really lifted our spirits.”

“The success of this project resulted from the combination of the production and accounting expertise of Ishida with the proven performance at TUF in Thailand, my expertise in strategy development and execution and facilitation skills, and the analytical capabilities of the young members.”

While the Company-wide Strategy Deployment Project may involve establishment and implementation of a range of goals such as increased sales, cost reduction, quality improvement, lead-time reduction, and reform of corporate culture, IOT focused on reduction of processing costs in the first year.

The company set a challenging goal by further reducing the budget level for processing costs, and has come to ensure achievement of the goal. Meanwhile, the employees are highly aware of other issues, stating that they have only been addressing the current problems in the past year. They are reportedly establishing higher goals to address medium- and long-term issues, in addition to solving the current problems.

“It took us a year to make these activities the flesh and blood of our company,” Madnack adds, “and we are eager to tackle many other untouched issues,including quality, lead time, inventory, and corporate culture reform, to further strengthen this system.”

In response to the success of the Seychelles project, the same project was launched by one of MWB Group companies in Ghana this past March. This has both Izumimoto and Ishida travelling more than 30 hours to the company once every other month. We are looking forward to seeing further upgraded versions of IOT’s Company-wide Strategy Deployment Project and application to other companies in its group.