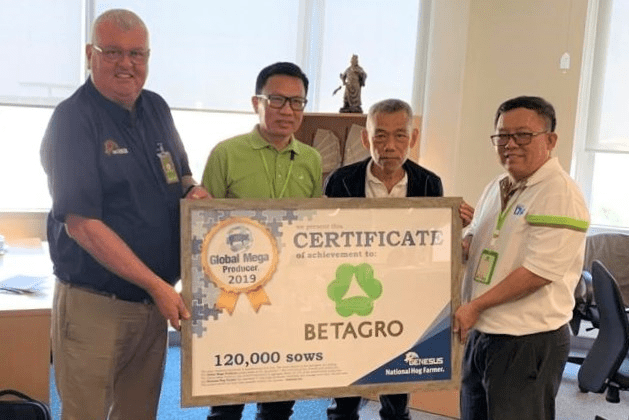 The BETAGRO Group had already been working to improve their own productivity when they launched KAIZEN activities with the support of JMAC in 2000. Later, in 2006, the company introduced the Strategy Deployment Project. How has BETAGRO gone about promoting the activities across the whole company? We report on the initiatives that have become part of the corporate DNA, the mechanisms for increasing motivation, and developments for the future.

The encounter with KAIZEN increased the impact of productivity improvement

The BETAGRO Group (BETAGRO) is a major Thai food-processing group focused on agro-business. Established in 1967, the main lines of business include feed manufacturing, raising and processing chicken and pork, manufacturing drugs for animals, and producing and selling processed foods. The Group comprises 30 companies, approximately 6,000 staff and roughly 20,000 operators. In its main business, the Group is the No. 2 performer in the industry. BETAGRO has actively promoted joint ventures with Japanese corporations since 1980. At present, the company is exporting chicken and pork meats to Japan as well as building up joint ventures with Mitsubishi Corporation, Sumitomo Corporation, Ajinomoto, Itoham Foods, Marudai Food, Four Seeds and many other Japanese corporations. In the ASEAN region, the company has factories and contract farmers in Laos, Myanmar and Cambodia. BETAGRO is also expanding its business to the whole Asian market. At the helm of the company, Mr. Vanus Taepaisitphongse, who assumed his position as the second CEO of BETAGRO in 1988, advocates a vision of “delivering safe and high quality products to people around the world.” Initially, Mr. Taepaisitphongse worked alone on the Productivity Improvement Program (PIP) to raise productivity at the company, but after learning about JMAC, he requested assistance with KAIZEN activities. The year was 2000. 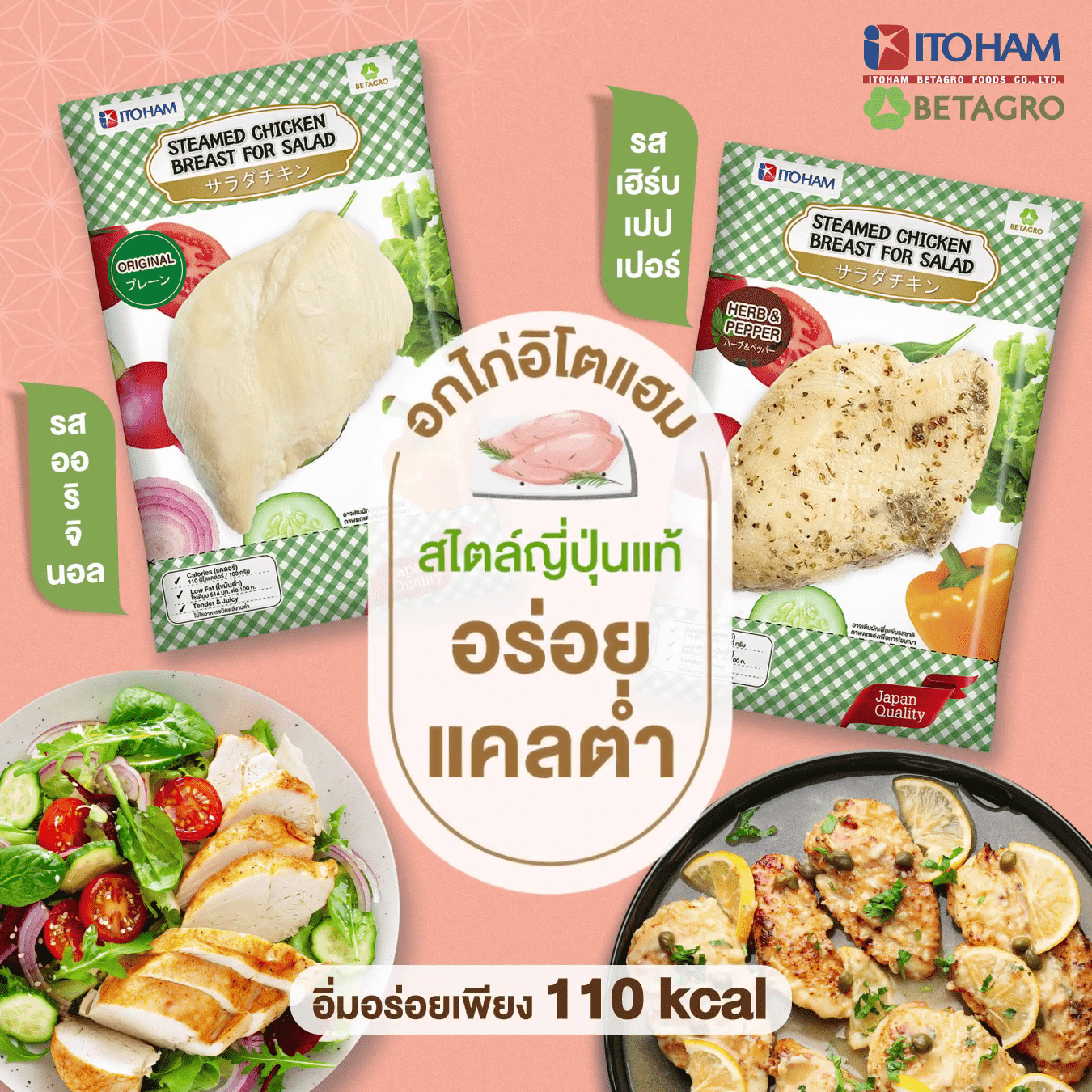 The KAIZEN activities were first deployed at the Lop Buri plant where the company processes chicken meat. A KAIZEN team was organized, the IE-based KAIZEN activities made good progress at the factory, and after spending five years on the program, it was rolled out across the whole company. There were signs of improved results at all plants, and a team of internal KAIZEN consultants were trained. Mr. Taepaisitphongse comments, “I am in favor of the KAIZEN activities. They’re good activities and they produce results.”

However, he says that there was one small problem. Looking back, he describes the issue. “There had certainly been improvements at the plants, the operations flowed smoothly, and the quality had stabilized. But I wanted to understand the effect in terms of figures and impact on the company’s profit/loss statement.” As well as the productivity improvements, the results that Mr. Taepaisitphongse sought are the tangible results reflected in the profit/loss statement and balance sheet.
Mr. Taepaisitphongse already had his eye on the next stage of the activities.

Launching the Strategy Deployment Project: Toward KAIZEN activities linked to strategy and finance

To solve this problem, JMAC proposed the Strategy Deployment Project (Note 1). The project establishes comprehensive targets, and develops targets for each division. It also devises ways to improve productivity for the whole company, and links to budgets and finances. From JMAC, Tsuneyuki Ishida, chief consultant, and a Thai consultant assisted with the project, which was launched at the company’s largest plant, the chicken processing plant in Lop Buri in the second half of 2006. During 2006, the project focused on building management structures, establishing goals, and developing targets with the actual launch set for 2007.

For BETAGRO, the project clarifies the relationship with corporate performance and steps up the conventional KAIZEN activities. Managers present clear goals, which are developed into targets linked to each department. In the past, the company used to proceed with many projects in parallel without narrowing down the areas. As a result, Mr. Taepaisitphongse feels that “the thinking and ideas of top management have not been clearly communicated to the workplace,” and the project has been promoted with this sentiment reflected. However, when the management were prepared to face losses in 2007 in anticipation of a headwind due to the deteriorating business environment, Mr. Taepaisitphongse dared to set high targets that would turn a little profit.

In addition to the company’s own KAIZEN activities, Ishida pressed for even more robust targets shared among all the staff: clear targets, clear responsibilities, clear scopes of activities, linking cross-functional activities with operating profits and cost awareness to improvements, and turning what used to be impossible into opportunities for improvements. In addition to imparting improvement measures and methods adapted to workplace issues, he also coordinated activities with people at workplaces. This is the rich context for building the Strategy Deployment Project, which links operational improvements, strategy and finance.

Through the activities, Mr. Taepaisitphongse’s ideas gradually started to permeate the workplace. The company achieved the business targets for 2007 far outstripping initial expectations. This was the moment when the gears of the KAIZEN mindset started to turn. Mr. Taepaisitphongse comments, “The improvements in the business environment gave us some tailwind, but I think it was extremely important that the activities had taught managers the techniques for developing targets, and that they had learnt where to put the focus in order to make improvements.” With the success of this test case, the effect that Mr. Taepaisitphongse had perceived was at once deployed across the whole company.

Lateral development of the learning experience at the model factory

The Strategy Deployment Project, which was supported by JMAC until 2012, actually evolved in ways that differed slightly from other companies, i.e., the speed of lateral development was rapid, and the BETAGRO project members led the activities. The project team launched at a model chicken processing subsidiary by bringing together ten or so people from the head office, and another ten or so people from the factory. The team learnt the ideas and techniques by operating a project that aimed to establish targets, develop targets for each division, and make specific improvements to productivity during 2007.

Then, the team members went back to each of the Group companies, where they spearheaded projects together with the Group company managers. Support from JMAC focused on feed factories, pork processing factories, sausage processing factories, drug manufacturers and other model factories for each business. Ishida acted as advisor on problems and new issues that had not surfaced during the first year of the project, and new techniques were added to promote deployment across the company.

shida comments, “The BETAGRO staff members had the techniques for making improvements and conducting analysis from the start, and they also had an extremely high capacity for implementing improvements. They also had a very high capacity to carry decisions through to completion. When I told them about improvement techniques, they did their homework. They tried to do what I said from beginning to end, and made lists of doubts and questions for next time. I was impressed by their enthusiasm and the high level of awareness.”

Mr. Taepaisitphongse says, “KAIZEN has penetrated the company over a period of five years and the employees have grown with it. I think it has been a good driving force. Mr. Ishida brought extremely good concepts to us, and the staff members formed a strong team of people familiar with the unique character of the company. I think the mutual synergy produced results.” Leading projects at other factories after learning from the model projects was the main cog that linked learning to the proven results of the activities. Another positive factor was the improvements in motivation.

The KAIZEN mindset in the BETAGRO culture

Originally, the company had started its own KAIZEN activities, but the Strategy Deployment Project made the results visible, so the company created a reporting venue for the results. Named TPm Champion, this is the venue for presentations and for the competition for the title of best department. The event is expanding with the number of participants rising every year: 500 persons participated in 2013, and this year, there were a thousand participants.

With regard to the TPm Champion, Mr. Taepaisitphongse says, “The KAIZEN activities are positive for the day-to-day business, but difficult activities are not sustained for long. If there is a venue for announcing tangible results, the activities are also worth doing, so I thought it might increase motivation.”

Mr. Taepaisitphongse provides both the initiative and the ideas. He asked the 2013 champions to use manga or video instead of the conventional PowerPoint slides for the in-house presentations. In the department that manufacturers blood cakes by clotting chicken blood, which used to be destroyed, he uses the Pan Cake character, named after a famous Thai actress, and promotes it to raise its profile within the company.

Mr. Taepaisitphongse himself also enjoys the character, saying, “I think the Pan Cake character has been very effective. It is already widely recognized within the company, and since there are plans for the character to appear in a movie at this year’s competition, everyone will want to participate. I believe that the KAIZEN mindset and the improvement activities will take hold in the consciousness of staff members through the Strategy Deployment Project. Launched in 2006 and supported by JMAC up to 2012, the Strategy Deployment Project has powered itself and added layers of ingenuity until it is now part of the DNA of the BETAGRO culture. 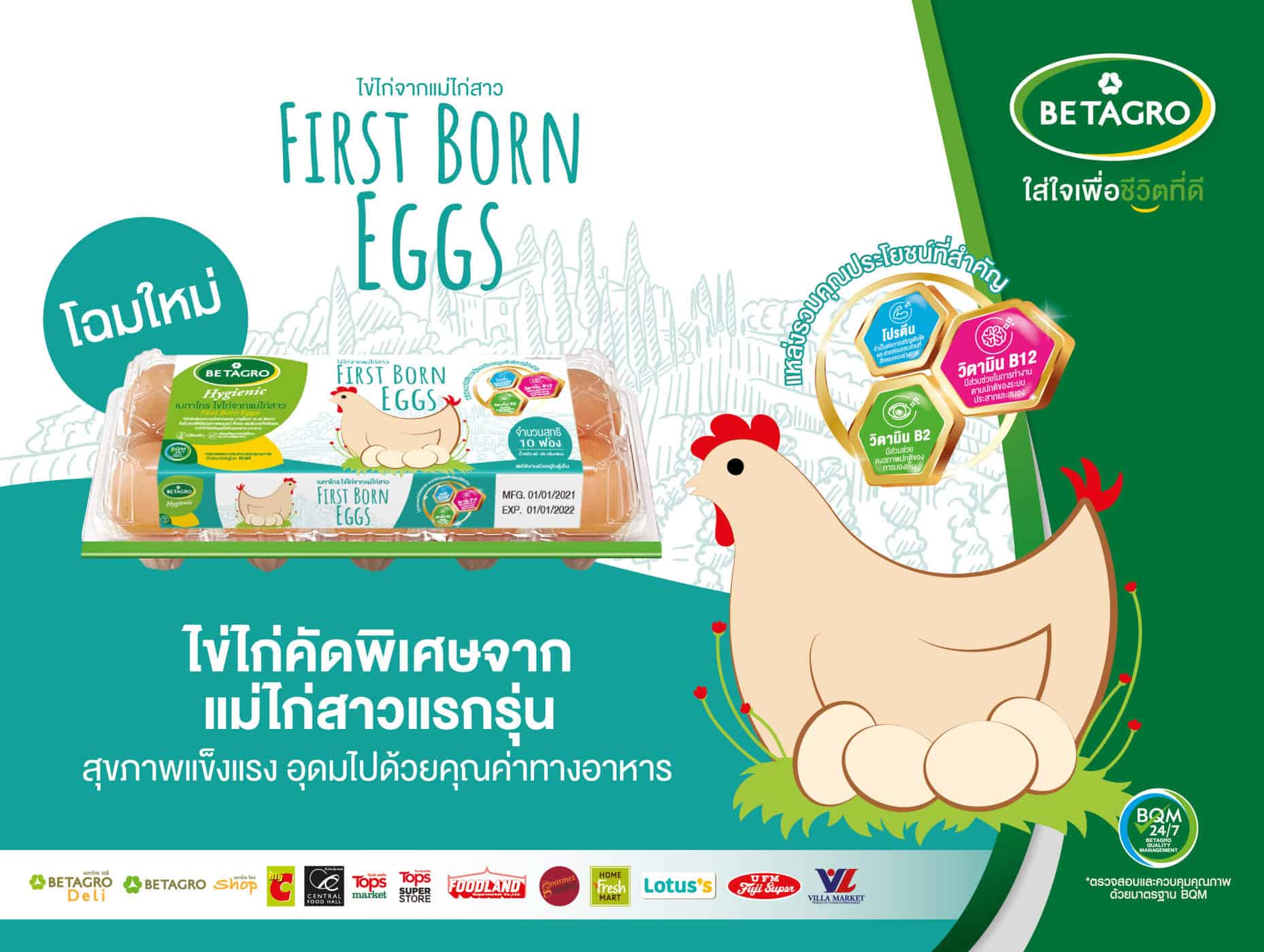 Cultivating the KAIZEN mind set to aim for further growth

The Strategy Deployment Project has cultivated a KAIZEN mindset base at the company. Since 2007, senior consultant Takanori Kondo has also provided assistance aimed at reinforcing BPR, HR system reforms, branding, and BCP. Since 2012, senior consultants Masatoshi Matsuda and Toshio Nagai have preempted enterprise resource planning (ERP) by helping define the ideal situation of the company and develop company’s overall strategies as well as individual business strategies.

Evaluating the activities since 2000, Mr. Taepaisitphongse says, “In the past we have had advice from Western consultants and well-known university professors, but what sets JMAC apart is that they promote projects tailored to the current situation, and they add variations that are suited to the style of BETAGRO. They simplified theories and tools so that everyone could easily understand, and I believe this is linked to the results. Above all, I felt that the JMAC commitment to achieving the targets was amazing.”

He also narrates an anecdote. “I am particularly fond of visual management. For some projects it was necessary to interview the customers, but Mr. Kondo summarized the content of the interview in a one-page report and handed it in on the day. Since the staff member in charge accompanied Mr. Kondo to the interview, the event was extremely useful from the perspective of employee education.”

Hiroaki Katsuta, the CEO of JMAC Thailand, which continues to provide local support, comments, “Top management is committed to the activities of the Strategy Deployment Project, nurturing robust information exchanges, and making decisions quickly in a way that could teach Japanese companies a lot.”

The company is growing not only in Europe and Japan, but also in the ASEAN region. The thinking is that “business does not take priority, but the first step is to make friends. By helping other corporations to improve, you make friends, and as a result, you also create business links.” Looking to what the future holds for BETAGRO, Mr. Taepaisitphongse says, “The mentality my father valued was ‘to survive’. I believe that BETAGRO is now a strong company that must leverage its survival and the company’s knowledge on behalf of our customers and society.” The steady advance of growth at BETAGRO will continue with ‘this unshakeable axis’ and the cultivated KAIZEN mindset.

* Note 1: The Strategy Deployment Project is a method referred to as TP management at the JMA Group. BETAGRO refers to TPm to make a distinction from TPM (Total Productive Maintenance), which the company has already introduced.